On Wednesday I like to take part in three meme and first I will start off with Words for Wednesday and our host is ELEPHANT CHILD and not quite ready to use both sets of words. So I will be using lower section of words which are dimension, raid, weed, admiration, corner, and employ.

The dimension of people has change of the year in town of Bogus at one the value of people there was in dollar value. But a person character didn't yell or even come close to a whisper.
As long someone had money and more they had more moral and ethics they had. Even a capital offence could be bought  in court room. But some thing like a simple a snack bag of weed could give a person 7 years of prision labor and later on found to be a form of slavery.

Slow the towns people of Bogus start to meet at some of local corner coffee shop and talk over what been happening Bogus.
Many years or even close to half centry there was gang you went around murdering with malice. Since gang leader grand father was a high mucky muck He only got five hours of community service. No jail or fine.
After that people took to the street with protest and one Saturday after noon raid(ed) the Mayors office and rest of city hall. It took a few years to complete over turn the goverment and redue the treasury system.
People were employ still put no one got paid for working. They earn there living by being a decent human and doing the correct thing toward there fellow humans.
Soon people could have admiration on equeal stand as long money didn't judge. 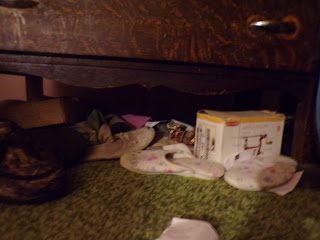 For ABC wednesday is letter "U" and after you click letter U then click on frog over yonder to see more letter U.
My letter U is word "Under" I know I should pull out everything under my dresser and see what happens.
But before that I believe I will tackle the closet in guest room. And I don't see doing that before Yule. Plenty to do there also. 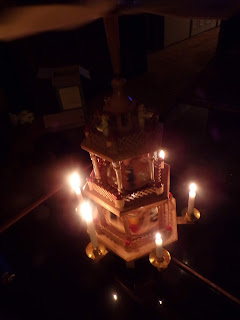 Coffee is on
Posted by peppylady (Dora) at 7:15 AM