My Side Sure Has it Loonies

I went over yesterday afternoon and visit my Aunt Eve.
She caught me up on the family doing. I guess I’ll bring you up to date.

My cousin Dacain is loony bird and refuse to take his medication. Well my Aunt Eve has a cousin down in the Tri Cities and somehow Dacain got hold of their address so he can possible sponge off of them.
I don’t know if he crazy enough to do them warm.

Well 3 of my Aunt Penny kids are having some difficult time in life. Her son Rod, is dead (for a while) and his widow called and want to barrow money from my Aunt Eve to bail out Rod Widow (I think) children out of jail and my Aunt Penny loan them $1,500 and Eve told them “no”
The only thing I know it to do with drugs and money.
Then Aunt Penny youngest one is trying to get veterans disability because boot camp was to hard on him and he been out service for around 30 years or so.
Never saw and combat.
Then there oldest son get some type of veterans disability because he has 3 kidneys and he was born that way and they claim the army cause it…shisee.
Plus one of her Aunt Penny grandson is trying to get a veteran disability for sore legs.
Maybe he does have sore legs but I don’t know to what degree.
Aunt Eve open her mouth and said something to her sister and her sister is somewhat pissed at her.

My cousin Randy was up from Colorado for my Uncle Henry and Aunt Eve 60th Anniversary and brought up his stepson and what a brat.
Randy sister Alice made the cake and Randy stepson told her that she did a terrible job of decorating it and he could of done better
Well they stayed at motel for few days they were here and he is a freshman in high school and can’t be left alone or he will be damaging things.
I guess he damage some items in the motel and I’m guessing that my Uncle and Aunt got a bill for the damage he did. I know they paid for the room.
After all this Randy and his stepson went to Spokane and had dinner at Alice and she cooked them a home made meal and the boy was so rude and said he would eat this crap and my cousin drove down and got him something special and demand him also to go right down and get a video and right down my cousin Randy went

I want to comment yesterday more then I got a change to I was having trouble leaving comments.

Today Is Sunday September 26 2021, This Is What Happen

Sunday is day I take three comment using a number generator to see which comments I will blog about. Last week I had total of 66 comments. ... 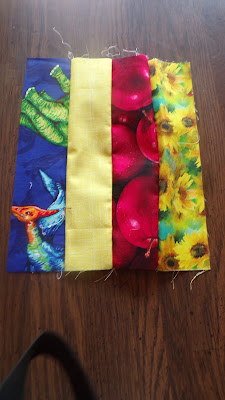