Been Asked and Will Asked

I was asked about the quilt post on YESTERDAY  If I made it. The answer is a simple "no" but it will be the next one that the place where I'm now taking a quilting class at.
I believe they start next October.
I've asked permission on my facebook page if any one would let me post about DAISY, teeth cleaning and up coming vet bill
Found some time in life it easier to ask forgiven compare to permission.

Haven't had a chance to look the issue of photos. Why I can't get them on to my computer. I know photos are worth a lot.

Yesterday after coffee with Qunella went and had coffee at "Under the sun" we walk over to Selkirk treasures and the gentlemen was on duty if they had any stamps and wonder if they had any. I was lucky he was also a stamp colletor.
He is a lot more experince then me, and we exchange number so later on we can get together.
The strange thing Qunella is more up tight about things and her image.  By the expression on her face...A married woman gives a man her phone number and willing to go to his place.
A few clues he drop I belive he also married.
At one time a married woman exchange phone number between two married couple wouldn't be popular behavior.
Anyhow I told Murphy about him. 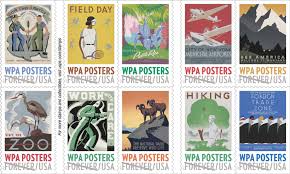 The latest stamp I bought was a book of the WPA a PROGRAM that President Roosevelt put in. Since I collect Stamps of people I'll take out the ones with people in them. Place them in my stamp book.
Before that I got RICHARD ALLEN and JOHN KENNEDY ones.

I'm tired and I'll wish you a good night.