Liked Is It Over Or Under Valued. 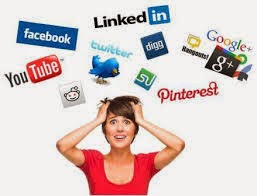 Sure didn't like what the scale read at Tops today. I wasn't excepting much but I like to been under 210. We got a contest going. You but a quarter in a jar and if you loose weight you write your name on piece of paper. Those who are below your weigh as July 1st get a chance to win the quarters. The drawing in September.

Actual there not many things in life I do not like. But not long ago I watched on Front Line  GENERATION LIKE  The show was pretty much one sided. No body over 25 was even part of show. Ok in last part was one parent. Who she thought her daughter had a chance as singer. Opinion time...I thought the daughter had very little talent as a singer. But I thought her mom was totally disgusting. Trying to live though her daughter.
In my younger days it was parents who thought there little girl was going to be the next Shirley Temple.
They make video of there children and place them on you tube and with a bunch prayers and holding on some furry lucky rabbit foot.
Some one is going to discover there child and give them a big time contract.
It form of exploiting your children.Question time... Don't you need to have your children content and happy.
Actual the last girl who sitting on her bed. Practicing her singing end up taking all of her U-Tube videos down. I understand there was quite a bit of bullying.
Bullying shouldn't been directed at the young lady or even the parent. But I felt like the mother was pushing her to preform for her own gain. Not the daughters. I find it “sad”
With all this new social media it one way of getting to be notice. But I still believe there still door to knock on. Except the doors are different now and none of us yet know how or where they lead to.

It strange what people like or don't like. Some time I'm not even sure why I like something.
I see each and every Walmart has it own face book page. The closes one is in Ponderay near Sandpoint has 408 likes on facebook. The main store in Arkansas has over thirty four million likes on there facebook page. I just don't see my self liking it. Main reason they have an app on page for “fighting hunger together” Walmart. They could pay there workers a livable wage so they would have to draw food stamps. I do not like Walmart, wish I could say I don't buy anything there. But I know I spend less then 100 bucks of my money goes into there cash registers. Oh how I would like a thumbs down for those very few dislikes.

TYLER OAKLY has a lot of like though social media. I have no reason to dislike but it some thing I wouldn't like. But companies want to hook up with him so they can push there product. I understand that he started doing a blog on You Tube and it grown. Other social media picked him up. Facebook he got just over a million likes. Me, I got 484 likes and I don't even know that many people. I don't send out even close to that many Christmas Card. I would have to peddle my ass on the corner. To cover the stamps.
Good ole Tyler who I'm clueless about until I saw front line, has not quite 3 million follower on his twitter account. Little ole me 395 fans
Last thing I can compare apples to chicken fried steak. Tyler pin-interest he has 7,895 peepers me 46 peepers.
I wonder how much work on have to do to have your likes pay off. It seem like a cheap way for some company to jump on board. For what type of gain.
When I was younger I got teen beat and 16 magazine. I liked it way back in 70's. Tyler is promotion for the teenager. Like the Bobby Sherman drinking a soda. I don't recall if; I bought any soda because one of the teen heart throb was drinking it.

The other day I went though all the likes on my face book page and business who had less and 100 likes. Still more to go.
I post on my face book page “A small business Mom and Pop shop has a hard time of a go of it. Help them a long with a like and share.
Take a minute to like Kindred Collection FACEBOOK and or ETSY pages.

Like I wonder why I like something. I've been ask what types of books I like. I figure it out in a very few words...”The story need to be balance” I can't stand zappy stores. They gag me.

Well not sure which CHICKEN   Costume I like and it always good at time to have someone approval. A high five, a light slap on the back, thumbs up. With a few kind word of praise when you do something.
Makes you feel good.

Not sure were all this like and fans will take us. At this time it sure looks likes a pyramid if you hook up it can grow and grow. For what reason I'm clueless 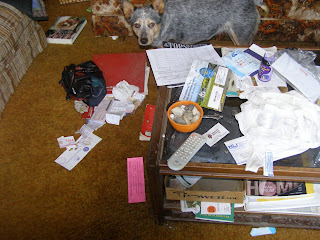 peppylady (Dora)
Welcome to my blog. I'm far from prefect and you need not be either. My blog is my blog and I post what every I want and when every I want, visit who every blog I feel like. I don't need to be involved in clicks. But I promise to always be honest on my blog even if it means exposing my own self. Only the names have been changed to protect the innocent but all facts are true. Yes, they may be time I may be talking about you or someone else. So please don't lose any sleep over it because I wouldn't tell you if I were or weren't. I have quite a few interest and so my posting will be of variety of subjects. My opinion rules above all else. I'm married and we have two sons that left the nest living life. One cat Abner. As your visiting here. I have no control on how you may react. All comment are welcome here except those who are into exploit others, being vindictive, and leaving spam. But all other are welcome even if you don't agree with me. Welcome to my insane world.