I'm total clueless were the term "Pop Up" came up but I will be using it instead of meme. I like it much better and more comfort with term.

I will be starting with....WEDNESDAY MEDLEY and here this week question...


1.  Haiku poetry is actually pretty easy to write.  Give it a try right here...Here the Hippy...waiting for spring...it has sprung.

2.  Haiku poetry aside, have you ever written a poem?  Will you share it with us? Don't consider my self a poet. But others have complement me on some my poems

3.  Do you have a favorite poet or does poetry usually make you yawn? I'm picky on poems. I'm bi polar when it comes to poems. I either like it. One of favorite poem is MY SHADOW BY ROBERT LEWIS STEVEN my mom use to recite this poem.

4.  April 17  is National Ellis Island Family History Day, too,  Did any of your ancestors or relatives immigrate through Ellis Island from another country? Lot of my family were here before there actual was the United States, I can trace my dad direct line to my ninth Grand Dad who never came to America, but his son did. They were puritans. Then on my mom maternal, my grandmother maternal side came over in about 1850's

5.  We also celebrate National Cheeseball Day on April 17th.  Do you have a favorite cheeseball recipe to share with us or have cheeseballs basically disappeared from parties today? I don't do well with diary but I like cheese.

6.  If you want to share, please tell us something random about your week....One of my sons friend and class mate had committed suicide and left a wife and two young children. And there a go me fund  page to help this FAMILY OUT plus I would like to share a  LINK  to national suicide prevention life line. 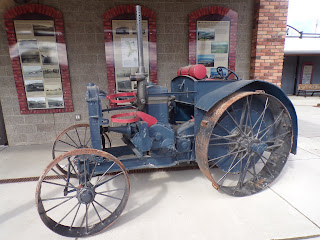 Ok, now I'm going to do or attempt a story but out list I'm going to just the even words...abounding, quince, toothpaste, debonair, instrument, and horn.

For being born in such a small town Sarah did quite well handling her self with other debonair. She carried her self with pride and grace. As she wasn't from any form of money new or old.
It was her natural way. She was invited to all sorts of art, theater and stage events. Even people had paid her way to many things though the world.

One of her favor was a play from small theater group came from small town of Jacksonville just Northwest of Ashland.

People showed up from all over and even well known people of film and stage were there and it was fund raiser to help with personal care that would help people purchase hygienic items. Such as toothpaste, toilet-paper, laundry soap, and a lot more.
It was live performance of local contest of play written. And this had even draw producers from larger companies.

In left hand side of stage was even a brass band and there interments shine. There horn did a excellent job before, during, intermission, and after.

The play that won was called "Honey what did you do today" a story of one actress who stayed home and it only had her and few more actor. She was interview men from baby boomer generation to be come house wives.
The stage has a kitchen and the interviews were done at kitchen table. And the kitchen wasn't necessary clean or filthy.

The play was quite hit and all sorts of food were available including some fresh quince brought in form Australia from one of the better known directors.
As one can see a small towns does have abounding of talent.

Miss M is our HOST  for Words on Wednesday.