Wednesday I do a story and photo. And to be honest I don't think the word MEME is what I need to be using. But not sure how I would integrate the term BLOG HOP Usual I have my coffee pals but then today I will be visiting some blogger that I haven't in past or rarely stop in. So hopeful by next week I won't be using the term Meme.

Like usual I don't get a chance to start my story to later in day, so I using the last set of words. BAD, SHAKE, SCRIBBLE, FLOWER, AFTERNOON, and CAMP
And today host is MESSY MIMI

The storm clouds sat all day on the other side lake flower over on lower edge of the mountains, sound of thunder been happen most of the afternoon, although no rain had came in. But things at camp had already been put away that couldn't get wet.

A little later in the afternoon the lake had became quite wavy the trees had start to shake and branches start to fall about. Thought it would be good time to quickly extinguish the campfire before something bad happen like a forest fire.

In less then hour the storm had came though and now it was time to scribble storm in the weather almanac. 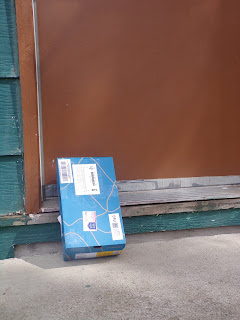 WORDLESS WEDNESDAY
Coffee is on