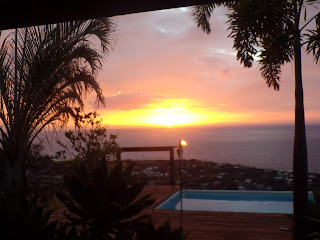 Hawaii or lease when I was there had some spectacular sun set. Can you spell "spectacular" But next or if there is next time I want to see more of east side of island. And watch the sun come up.

But two places I want to see is Smithsonian and desert. My hubby for some reason want to see San Diego and Palm Spring California and Yuma Arizona is near by. Both are desert. 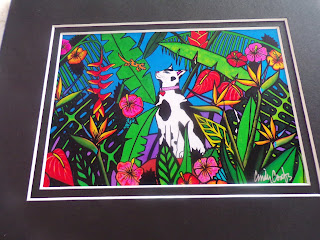 Two places I like to check out as tourist is a thrift store and museum of some type. Didn't get a chance to check out full fledged museums.
But I did find this little art shop of CINDY COATS GALLERY and bought a print. The colors what caught my eye. 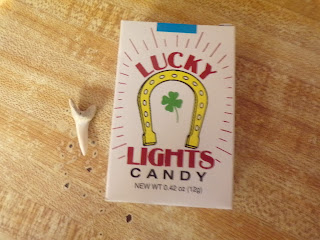 We did find a thrift store. Interesting find the store had. Got some shark teeth and I would guess I paid a little much. $5.00 a piece.
Not sure when they quite making them, but I bought package of candy cigarettes. seventy five cents.
But what was shocking or a spectacular price was the clothing. Hawaiian tops starting at $30 and let me remind you this was thrift store. Even a few at $50
But I believe Hawaii had some Nice's eggs and with beautiful yokes. Four dollars a dozen. 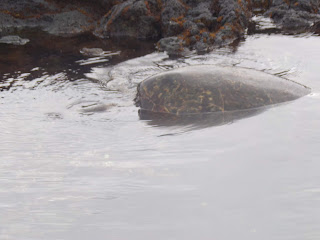 There were sea turtle on shore. Not sure if it was a male or female but it was in tide pools having a snack. 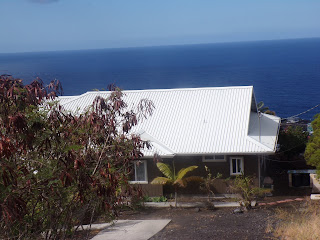 We got an entire home though AIR B AND B. I like air and B and B. Get entire place your own kitchen and such.
And a lot more room then hotel room. Unless possible if rent a sweet.
Actual we could of used a smaller place. And I wish I had a photo of how steep the drive way was in to the place.
I guess it wouldn't be bad but if you live in colder and snowy climate it could be tricky. 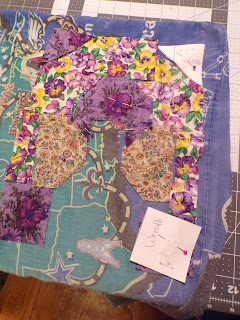 Trying to piece anther quilt block together. It's part of block exchange I'm member of. This one called the wreath and most of photo I've seen it in Christmas colors.
But I want to do it in spring flowers.
It not easy figuring the lay out. Hope it sew together a lot easier.