So far I've drawn 17 tarot cards. I wonder which animal I put in my drawing and what they might represent. So I decided to google "Name of animal represent"
My first animal I drew was LION, but this card which is the king of wands I had two other animals. A LAMB and also BEAVER
My next card I had animal was my temperance on what I call my east side I did a SLOTH. Then on the west side I did a COUGAR.
Only did one animal on my empress card which was the BLUE BIRD and also I have bluebird in my Hierophant.
Now part of my two pentacles I put in a RABBIT and a DUCK.
Decided that my hermit need a friend and company so there is MYNAS BIRD
My last card I recently finish was the four of swords and I drew in two GOLD FISH 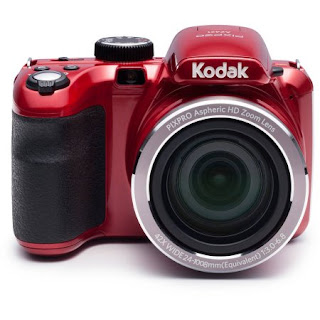 Here the camera I bought. Every thing has a learning curve. One problem I see at this point. I don't like the location of the san disk card. Located where the batteries go. I can see the door hinge wearing out because of opening and closing.
Some of dial is easier to work.
Before I take it away from home is that I still need to hook up the lens cover. It seem some what difficult. 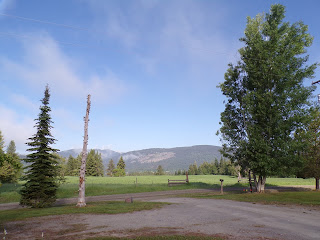 Use the panorama on the camera. Still could use knowledge about this feature. Although a lot easier to then my camera before.
But still there a learning curve. 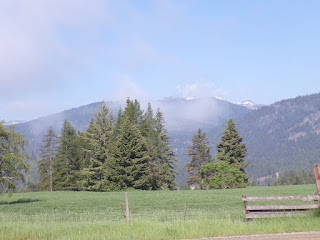 It sure a nice day. I got out my sun dial and put it in my yard.
The neighbor down the road had a dump truck load of logs brought to his place. There people who buys there firewood in log length and latter cut up for firewood.
Not sure what it would cost to purchase a truck load of log. I believe a cord of fire wood would run some where between $125 to $250 depending on species.
We do a little bit of firewood. To me it gives it homey feeling with a fire. I doubt it we even use a cord and the only time we build a fire when it super cold. To me it super cold when 15 below zero. Or to most of people it comes in at -26.
Question time...what do you consider super cold...
This morning Murphy and I cover our pole beans with netting. Last year soon as bean broke though the ground, the robin get ate them. 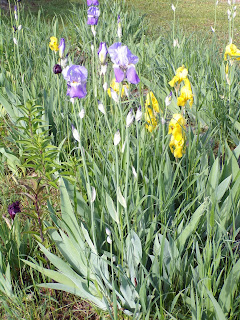 I know I won't get a chance to work on the grass in my flower bed. After work our local pagan group is having a social at MUGSY .
Since life is busy, for a while we're going to try to combine our study group with a social. We were going though To RIDE A SILVER BROOM STICK
About ready to head out to work. But I did gather up a few more items to drop off at one of our local thrift store.
I will stop in before work.
Need to finish getting ready for work.