It Worth A Thimble Of Wine

In our local T.O.P.S group. Our entire group was lost 5.50 pounds (2.49) Then first of the year we wrote our self a letter. Seal it and respond today.
I made my quarter goal a few time I went up a little but always came back under 215 (97,5) and now for my next quarter goal is to be down 5 pounds (2.25)
I guess there some healing in WRITING LETTERS
Confession time..Had a little trouble ending my letter. Had trouble express not sounding like a pompous ass, 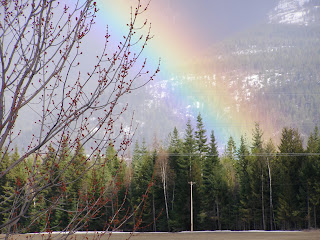 It rain off and on the last few days. Yesterday there was a small rainbow pop though the clouds. I just talk to my oldest and he in Medford Oregon and Yesterday they got up to 80 (26.6)

I guess this good place to stick this in. Still I'm having trouble with my digestion and haven't yet heard back from my stool sample. This afternoon I end up having an accident. Toward end of week it been two weeks since I saw the physician assistant and gave them a stool sample. Well Monday I will call and see what going on.
I can tell you one thing I doubt I will see that physician again. I've heard how slow the one payer system takes. Well there sure not speedy on my stool sample. 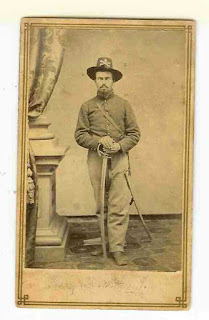 Been doing a little family history. My 2nd Great Uncle Henry died in the civil war. I know he was a Sergent and was in Calvary, out of state of Michigan 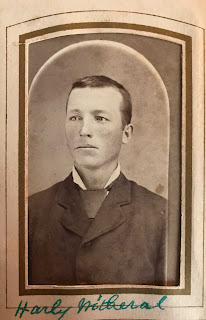 He left wife and one year old son Harley. would be my first cousin twice remove. I found out his mom occupation was listed as DOMESTIC SERVANT in 1870 census, and her son has them 8 and attend school.
Today we have widow benefits that have minor children though social security. But back then they were not much of a SAFETY NETS. Harley mother did remarry and had I believe 3 more children. 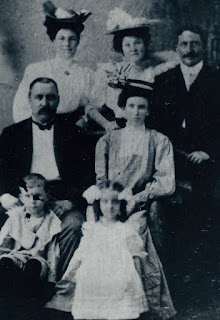 There something about VICTORIAN ERA and also EDWARDIAN Era. As most of us know each era or generation had it advantage or disadvantage
The lady behind the little girl is my first cousin three time remove. She the daughter of 3rd great uncle Theodore.
She was born in New Hampshire and move to Michigan. Marrying a guy name Fletcher Joy moving to Iowa and raising a family.
Died in 1947 at the age of 88 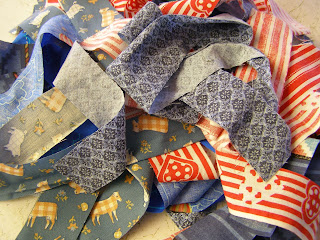 Murphy toss out a greyish blue cotton shirt. I need some more strips to finish up the locker hook rug I started.
So as one can see I got more strips cut. I went in to my tote that has one yard of less of fabrics.
I can get back working on rugs.

Coffee is on
Posted by peppylady (Dora) at 8:56 PM