Quite a Few times I never know what call my post...Or even time I thought of starting my post...something like...Dear Post...To those who listen.....
I have to say I'm starting to come around after finding about Bart Tumor. There is a lot in his favor.
I've been taught you don't jump to conclusion until all the facts are in. This up coming Friday he seeing an neurologist in his office and they'll go from there.

Let see just a short time I spent time tossing Daisy her Bear. I won't toss her red ball in the house. Might break something, and that wouldn't been good

Well Ziggy the cat would sat and watch. By the puzzled look on his face he thinks we couple of crazy.
Still will match any donation up to $50 for DAISY TEETH. It been a while since any donations.

In the news they been talking about Trump new taxes. I often wonder why some many pages. We're
far from rich and ours is 14 pages. After all done said our income for $15,500 which is
POVERTY and I never cared for that word "Poverty" I rather use "Low Income" I've never lived in squalor or became un-kept. 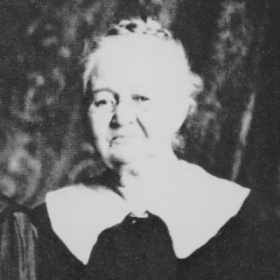 Still looking for my 2nd great grand pa "John Shirley" no luck, but I did find a photo of my husband 2nd great grandma Helen Marie Vandoren.
As far as I can see she had 14 children.

Friday weigh in and the morning Murphy and I going to my mother cousin Jim who pass away 18th of this month. Had to look on Ancestry to find out he was born in Mitchell Nebraska, on the 30th of November 1930.
His parents was Charles "Clifford" and Florence Masterson McCalmant. He had one older sister Elda who has also passed.
One younger brother still living. He has 3 remaining daughters, and buried a son who died the same day he was born, nothing more. A son Robert birth and death listed as same day.
In 1935 looks like his resident was in Portland Oregon, 1949 he listed in the navy. Also lived in Kellogg and was married numerous times.
Hopeful more will come....I don't believe our local paper carried his obit.