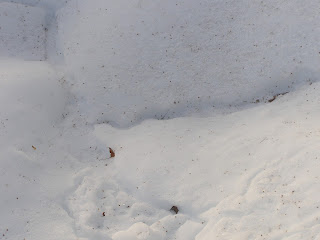 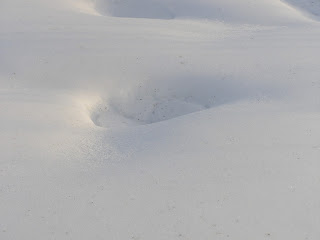 Not sure what these are actual called. But I been using the term “Snow Holes” most of our snow been white fluffy stuff, which is dry and very little water content.
But we had a short spell of sleet a frozen rain and our snow became heavy. I believe the add weight made the snow collapse though out.
But I wish I knew the correct term for it.

Today at work I spend it with Regis. I usual don't work the weekend. But it was a good choice I took off the three day I did. But it going to hurt my pay check.
Well my check came and it was a little better then I thought.

So I match the donation I receive for Daisy. I'm raising money to have her teeth clean. There is a link on right hand side of my blog, “Daisy Teeth Cleaning”

But being Sick and awful weather I was going to Oregon the last of the month. But how things are working out we'll try to go first part of March.

It been a while since Regis been out. So he and I went to library in Sandpoint. Then I treat him to some goodies.
We went over to PINE STREET BAKERY I been to this place a few times in past. 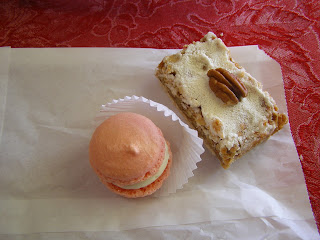 Lots of pastries to choose from and I would like to try everyone. Knowing it would take a while. Since I don't get end there all that much.
We both had coffee. Regis had almond croissant.
Then I had as shown in photo above. I believe the bar is called a “Dream Bar” and the pink little cookies I just can't recall them.
Saw sign they offer gluten free items.

The place is in older home. Which isn't easy for those who are disabled because the bathroom is up stairs.
Plus the coffee a bit strong and had to add creamer to mine. I usual drink my coffee black. For the three pastries and 2 coffee. It came to little over $10. Then I place and $1 in the tip basket. 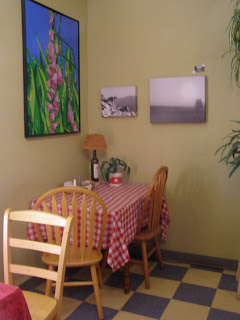 But I find it nice place to enjoy company of your friends. 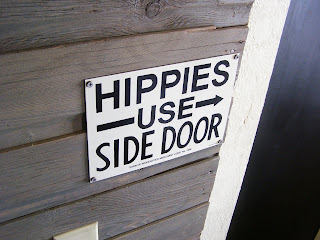 Remember Liz husband showed up. Well Regis doesn't know but he doesn't know that her husband showed up.
Legally Liz and Regis are Ex In-laws. Regis was once married to Liz Sister.
Regis is in lot of way over protective, possessive, and controlling with Liz.
I know Regis will not be happy with Liz hubby being in town. It doesn't matter who Liz has he isn't going to like
So I suggest she talk to her Therapist about how to let Regis know about it. I'm not worried about Regis hurting either Liz or husband.
But harming him self.
Sooner or later he needs to know the truth. Confession time...I know it not good to keep this from Regis, but I don't have the tools to approach Regis about it.
So Regis did get laugh at this sign.