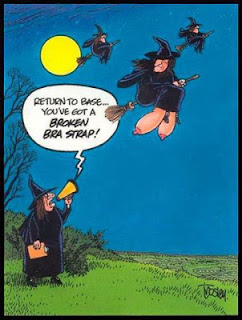 I was starting to wonder if I was going to get back to clean out the shed/barn. Had come to dead halt. There was box needed to go though such as piping, rain-bird sprinkler head, and what in general I want Murphy to look at this closely.
I was thinking I might have to stand my ground and give him a reasonable time to help me go though it. Or I would take things in my own hand and go though it. Oh well if something did get tossed out.
He was actual glad to help me go though it. Saturday we went though two shelves.
I wonder how we got so much stuff and no room to really keep it all. I don't want to rent a storage unit and I don't want or need bigger place.

We went though the box of pears we bought and dehydrate them. Both Murphy and I like dried pears. We still have some left in box. It was suggested that I make a pear pie.

I didn't think we need to in to Walmart which is a drive to Sandpoint about 30 some miles. But Murphy thought we needed some items. Statement time...I don't like going in the store and going shopping.I spend the entire time looking though the jean section and couldn't fine any thing that would fit me. I did fine one pair an pair of elastic which I call granny jeans.
It was quite depressing.
Before we went into wal-mart we stop in at Big R a sort of hardware and feed store. We were looking for a shovel to remove snow with. We did fine one that both us were comfortable with.

After shopping I ran up on Katka Mountain and got Quenella she needed a few items in town. But the main thing she need was to get her eye drops. But at first when she went in to pick it up it would cost her about $200. But she went today with her medicare card and she got some type of coverage to help her pay for medication. It came to just under $20.00

Now a moment back up to the first paragraph. One thing I learn or watch others do in there marriage is yell at each other with empty threats...In general I have to say he and I don't do that.
I know if he says he going to do something and also with me.