Story From Town of Bogus 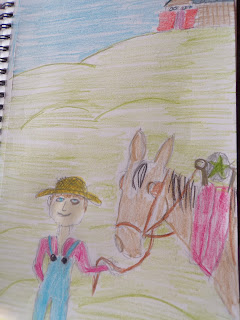 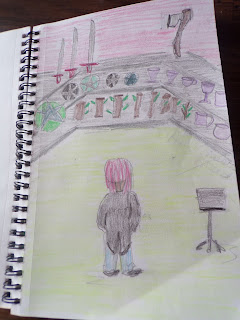 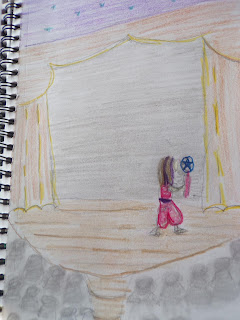 It only a few day for the big award night in town of Bogus. All last few months there been some awards of local area.
The town was buzzing on who where and what. Everyone truly isn't on equal footing that was tried many moons ago to force have the same home colors, everyone had three roses all same color in front of there place, and even the people had a local uniform.
So everyone seem to be hum drum and cruising though life with out and pzazz. But before that only a few had control of the masses.
Money was taken away and went to point system. Like the baby boom and even later generation afterwards but the use stars. Now with all the cool techie stuff it was kept track on a zilda.

Now the big night have came and the local element been practicing getting wind, fire, earth and water to harmonized for tonight award show. So many things to do for the big night.
Lot of food is going to be served. The area farmers had a bumper crop and this year the community will have there ding shing under a new moon and moon is right next to Virgo. Plenty of stars in heavens will be out.

The awards went quite until early hours of morning. Still no sign of the sun. Like any award show the best is always last.
See some thing never change.
The one only Zilda kept track of all. The last awards is good soul. It based on being a good person. Helping others out, being civil, using your manners, and not being negative.
The music was playing "row row your boat" now on this award the winner favorite song is played, everyone just looked puzzled.
Soon last year winner comes to microphone and says..."it not always keeping our spirit of naughtiness under foot. There are those out there will test your kindness and gentleness. This year winner is a 14 year old girl is winner of the Good Soul. Could Miss Rene Parks please come up"

That was the end of award. At each and all exit there is a questionnaire pick up one for each member of your family and fill it out. So Zilda can figure out next year value of each star or point one may get.
Rene said "Please Thank those who help you doesn't matter what they do. Each of us plays important role in our universe.

This is a fiction story from three of the tarot cards I drew.

Coffee is on
Posted by peppylady (Dora) at 1:30 AM