This look quite challenging for me. Topic is MUSIC SCORE FROM FILM it part of "Wednesday Medley"

1.  Let's talk about film scores/songs.  What is the first one that you thought about when you saw today's subject? Panic, I'm not much up on scores or song that relate to movies

2.  Do you remember the first movie you ever saw on the "big screen"? Sure that easy Would you tell us about it? Snow White and Seven Dwarfs

4.  How about those old black & white movies!  Which one do you always stop and watch, even just a little? Time period in movies doesn't real have appeal for me. I would have to say I like to watch movies or shows that take on social issues. If it made in 1949, or today.

5.  Is there a movie quote that makes you laugh or one that you repeat often in life that you can share with us?  Will we know what movie it comes from without you telling us? Can't think of any

6.  Please share something random about your week with us. Been crochet with left over pieces of anything from fabric, string, yarn, lace, and ribbon.

Took me a little while to find this week host for WORDS FOR WEDNESDAY since it late in day. I am using the last set older, cardboard, wounded, front, empty, astonished.

Mary was up in front part of the attic going though her Grandma stuff. She died and the home is to be sold and was to be divided up among her five children.
Mary notice a sort of small cardboard box, in corner of her Uncle Larry room when he was younger. As she took off lid to box and there was and old diary, plus a some letters that they wrote to each other as we serve in WW2 in Europe theater  of her Grandpa, Grandma husband who died 7 years ago just little over 90 years old. Although Grandma quite didn't make her 90 birthday, a few months short.
Mary Grandpa was wounded in Metz during the war, and it was said that entire round from Walther was empty in to there Grandpa. His wounded didn't slow him up and end up serve 20 years in the military.

Mary Brother Larry was on front porch and decide to walk around the walk way to back of place were they would come spend time with there grandparents. And all five of there Grandparents children put there foot and hand prints in the back pouch. The first one went in 1958 and last one in 1966.
There grandparents could be explain in one word "astonished" 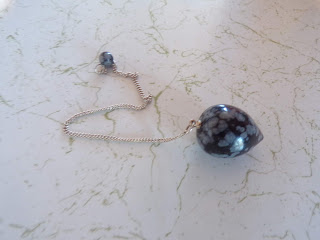 Last thing I will be ending with is WORDLESS WEDNESDAY