Usual every Wednesday I take part in three, what I call meme. In hope to learn something about my self.
The hardest part is which one to start with. So I will start with "Words on Wednesday" "Wordless Wednesday" and "Wednesday Medley"

This week prompt on WORDS FOR WEDNESDAY and it real simple "Television"....I have my favor things to watch and enjoy. I would say my favor things are documentaries and I have to admit I lean toward historical stuff.
I would like to take part in historical time period reality television.
As for our history of TV. I can recall my parent black and white television. It was more of a rectangle shape then square, and lighter color of wood.
We were one of the last family to get a color television, and it was zenith. There was only three main net work, ABC, CBS, and NBC. Well I recall my self and other being awe at the NBC peacock.
Now we have television a flat screen and never had cable, satellite, or streaming. Still watch television though so called rabbit ears. We get 17 channel, simple we're in a good location. But since you tube is around, one might consider this anther type of watching television.
. 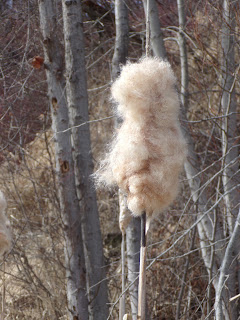 Well it time for Wednesday Medley, and we're talking about Joe. Maybe this is a good time to ADD A LINK so we can move forward on names.

1.  Who is your favorite "Joe/Jo" and what can you tell us about him or her? I once had an Aunt Jo who lived long time, 103. Only saw her a few times and I liked her. She had a lot of the same interested I do now. I wish I got tho know her better.
Then I have a first cousin once remove. Not going into a lot about my cousin Joe. He makes me uncomfortable. Simple there something odd about him. My hair on my arm stand up when I'm around him. But other Jo/Joes I meant there ok.

2.  Who were you named for and do you or did you know that person?  Simple I didn't know the persons I was name after. I was name after my great grandmothers. My first name came from "Dora" my dad paternal grandmother "Dora Stansell" and she was from VANHORNSVILLE NEW YORK and move to Michigan when she was young and lived out her life there.
Then my middle name of "Ann" came from my mom maternal grandma "Anna" they drop the last "A" Her and my birthday is same day the 12th of February. She was born on President Lincoln last birthday, 1865. She was born in Dubuque Iowa and spend most of her time in Kansas, and her later years was in Colorado.

4.  Have you ever named your car? My parents had a pick up called "Betsy" and my parents had a 1972 POLARA  and when it act or there was some mechanical trouble they would threat it about leaving it home and taking the pick up.

5.  Tell us the name of a fictional character you have never forgotten and why you remember it so well. Nothing to tell here

6.  Share something random with us about your week A pretty quite week. Been getting a little more walking in. Today I went down by what some call the doggy park. And part of wordless wednesday I took picture of a cat tail.