Monday Could Of Been A Good Day 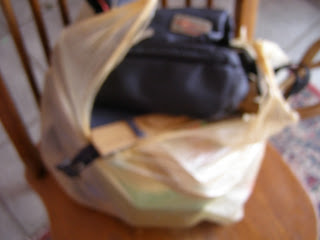 Was planning Monday to haul items to local thrift store. The pile I have in basement which I was going to use for yardsale.
Yard Sale didn't happen and isn't going to.
I thought it was do time to get rid of the stuff. So last Thursday I took in a small bag of items. Mostly purses.
So when I know I'm going into town and be passing one of our local thrift store. Hopeful I can remember to take something. 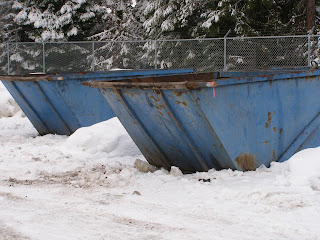 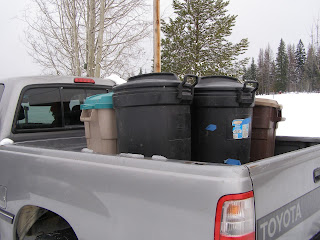 Going to blame it on the snow. It been a while since we had a chance to haul the trash to the dump. Well we use the transfer station. Which isn't all that far away.

Did a load of wash. Wash some coats and both of client smoke and a lot of time when I get off work I smell like an ashtray.
When I drive them some place they don't smoke in my car.
I can't tell them how they should live in there home. And I shouldn't.

Wrote out a few checks. You know those bills most people I know we get every month. Been telling Bill that I'm married and wish he wouldn't show up each month. To get him to leave I have to pay him off. Yes I'm being blackmail. So glad my hubby isn't the jealous type. 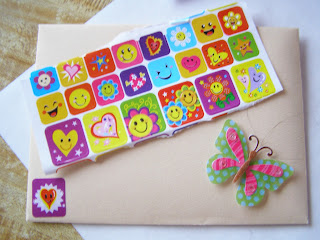 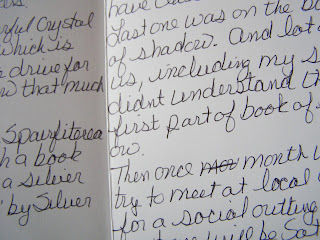 It been a while since I wrote to any of my pen pals. Although these letters won't be going out until Tuesday. Monday is Martin Luther King Holiday. Here in Idaho it called human right day.
I like to put a little bling to my letters and or envelopes. Both of these snail mail is staying in the United States, but going east of the Mississippi River. 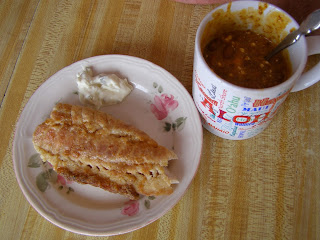 Not sure why I like to have my meat cold. So for lunch I had cold fish. Then in a mug I mix a little cottage cheese with chili. 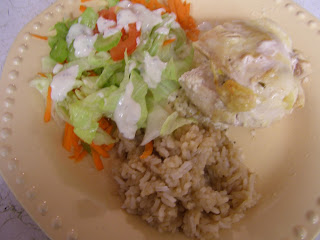