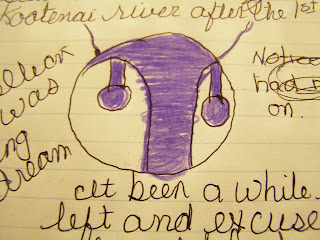 My hubby and I was in town and was going though Mi Pueblo, Mexican restaurant. And notice that Mr D was there. He was our insurance broker and far as I know still lives lives our community. Worked variety of jobs.
He was sitting a lone drinking coffee. And we ask if we could join him. My hubby left and I sit across from Mr D.
We were chatting on verity of things.
I ask him if he still lived in the Moyie Spring area. He said he was still out there. I ask him if he was part of the ward for that area.
Editor note...This is some thing I wouldn't do. Mr D is a Mormon.
well he said he was and thought that group was a little stuffy, and after the first of the year he was going to start attending the ward on the other side of the Kootenai River.
Mr D was wearing a medallion. Which is a total suprise to me.
It was been while and I thought it was strange my husband haven't came back. I nicely excuse my self so I could go and fine my hubby.

Five things I think all people should have.
1. Affordable and descent health care....I'm not saying it should be a free ride. Everyone should pay a certain percentage of there income.
2. Affordable and descent housing....Not talking about building mansion, well maintain places that keep people safe.
3. Safe heath and affordable foods.... Still they would be people who would choose not to eat healthy foods.
4. Good reliable mass transportion...Still be able to drive your own vehicle.
5. Every one should be able to go out a lease twice a month for some type of enjoyment...Such as movie, bowling, bingo, skating rink, skiing, local tavern, amusement park, and such.
.
Best Wishes for the up coming New Year....Coffee is on
Posted by peppylady (Dora) at 6:37 PM