Yes. I'm a thief. It might sound fairly simple to fix. Still can't get into my yahoo e mail. The other is to get some my own photos up. 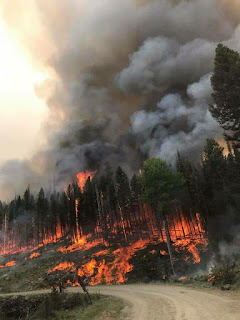 Plenty of wildfires close to us. I understand they had to evacuated the YAAK and LIBBY Montana. 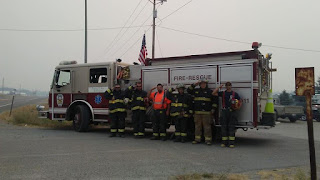 We're surround by mountains. Can't see a one of them not even the foot hills. Well I should mention that the Vietnam Veteran Memorial came though town.
Because of all smoke and fire. Plans were for them to stop well it didn't happen.

So Murphy and I took a trip up to Myrtle Creek area up in the Selkirk Mt's. A lot cooler and it wasn't smokey then.
I brought some of my crafts. Didn't anther crochet dish cloth and accidentally started a wallet. I was going to make a locker hook trivet. But I miss cut my rug canvas and now I'm attempting to make a wallet.
Plus did a chance to get a short hike in. 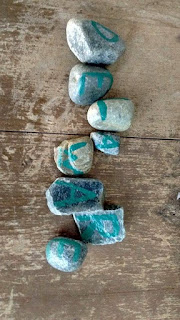 I did get a chance to hide some rocks. Went out and hide these letters which spell "DELAWARE" and it was our first state, well my clue was "donuts'. Some place I hid one letter and then some place I hid two letters.
So any place that has anything to do with possibility of donuts I hide a rock. Even a place that sell flour. "Donuts has flour, right" 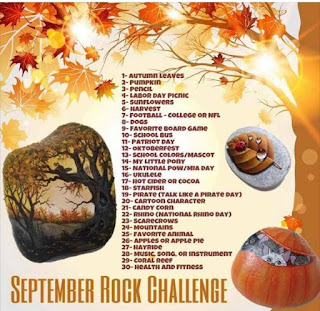 There a fall rock challenge and I know I won't get all of them done. But I start a coral one with a starfish. The other one will be related to health and fitness.
These are paint on fairly smaller rocks.
I want to send these down to Sawyer and Betty. One I've had done for a while a heart with "North Idaho" written on the rock.
I want them to hide it in there community. The other two I want them to take on there trip and leave it some place. There talking about going over to North Africa.

Liz took the photo of my letter rock and the other photo I got off the net.