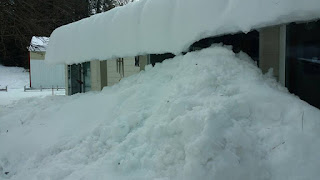 Woke up to whole bunch of new snowfall. My camera is still over my friend LaWalla and neither one of us is going any place much.
So I figure someone from my community would be posting a few photo. That I could use. 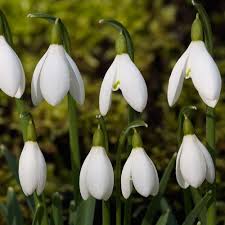 Usual the snow drops usual pops up end of Feb until mid March. It look like there is a least 4 feet (121 cen)
This is strange to have this much snow this late in winter.
Majority of the winter we have what is called a January thaw, it will get up to 50 (10 c)

Getting us dug out has a bit of adventure today. Our pick up is four wheel drive and end up getting that stuck.
So we un-stuck and the guy who plows our drive way showed and got us plowed out. Well Murphy want to back out and I went back to guide him though the narrow patch out.
What one some time need is momentum and this was one of those time. I had no other choice to take a dive in to the snow bank.
I'm ok. But that poor snow plow guy the look on his face. 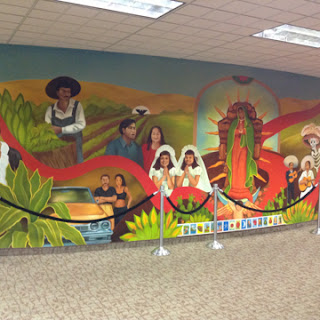 Not removing snow I post this "Could someone please tell me why our community doesn't have any murals?" it went on a local community group though facebook.
And most response was positive like. But the few who was against it, didn't think our community should change.
A even a few thought it should be brought up to Bonners Ferry City Council,  Economical developed center, and chamber of commerce.
But with this snow I don't see much going on. Maybe a little latter on the ball could get rolling.

Still reminding people I'm seeking donation for Daisy teeth cleaning. Each one of my pay periods. twice monthly I add $20 and match the donation also.
There is a link on the right hand side of my blog called "Daisy Teeth Cleaning"
But a little before two a county snow plow went by. 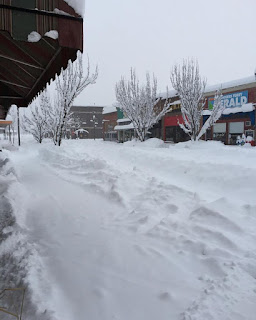 I grumble about the ultra conservatives in my area. But our community will rally around and give a helping hand out. Those who call and check on there neighbors. Thumbs up!!!!
Plus people shovel off roofs of our hospital, school, and such. Thumbs up!!!
Our community does deserve the ward hash tag share a shovel....#shareAshovel.