Been looking over the primary ballot. Not sure how many out there knows Idaho is pretty much a one party state.
A republican state. I know the communism government only gave there people a choice of one political party to vote with.
I grumble about only having a two party system. But I feel I have no other choice then to take the republican ballot.
Sure there other candidates but the majority people are on the republican ballot.


For me the big thing is not to pick a TEA PARTY candidate. 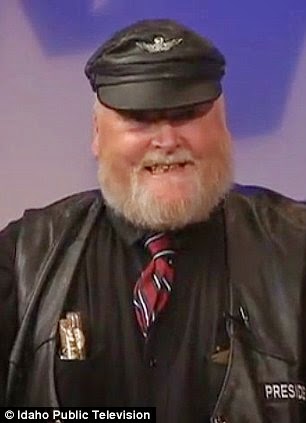 Not overly thrilled about any of people running. But I want to give a shout out two candidates is HARLEY for governor of Idaho.
Mr Harley is candidate who briefly put it in simple term....“I’m about as politically correct as your proverbially turd in the punchbowl,” Harley continued. “I’m going for the vote of the real people out there, not these bondage types, people who don’t have a clue about picking up strangers at night and hauling them off god knows where. Try that for a while.”
There plenty to say about Idaho government race but only going to leave ONE LINK But if you want to be entertained a bit just google it. I like to Sean Blackwell take away our current congress LABRADOR seat.
BLACKWELL is the only candidate on the republican ticket I can get a little thrilled for. Actual the reason I'm voting is to try to stop the far extreme right for gaining in Idaho.

I know I can be to extreme left on lot of things.

Coffee is on
Posted by peppylady (Dora) at 4:00 AM