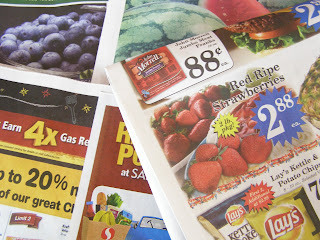 Living this close to the Arctic, 48°41'54 North and 116°19'20 West. No citrus fruit grows here. During the winter months it reasonable to purchase in stores.
I took a quick look though our sale fliers, no such luck finding citrus on sale. 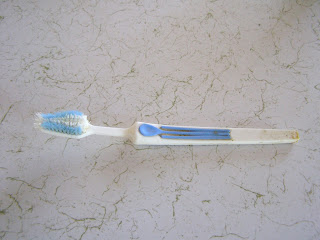 I'm sure not a world hopper but one thing I seem to forget to pack or will it when leave is my toothbrush. When I'm traveling
Can't stand that yucky mouth feeling. Usual I end up with a new toothbrush.
After looking at the photo of the toothbrush it needs to be file under section 13 (garbage)

Next weekend photo hunt theme will be childern and or go

If it wasn't for weekend photo hunt...I believe I would of called this post...”Homestead Ouch” or something like that. 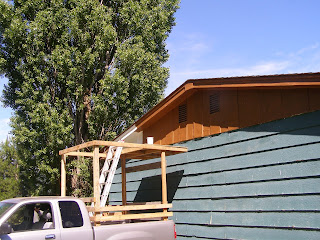 The scoffing we built been working so far real good. We been working at the highest peaks on place first. At this time we're on the south-side, then we move on west-side in front of the picture window. The other high peak on place is on the north-side. Might have a bit of trouble doing that, reason is small deck and the chimney. One good thing the North-side it's on cooler side of the place.
We need to get the trim done before July 20th and we need to head into Spokane Valley for our son Sawyer wedding
So far sure looks like we will meet the deadline.
But for some on for-seen life event we don't get the trim done. Most of the scaffolding was put together with carriage bolts, washer and a nut.

It seems like there always something to do around here. I could have also made wish and or a need list. I still like to get back to going though the “shed/barn” in all honestly we have way to much crap...Statement time...I been going though each section and taking a lease 10% to the thrift store..if it crappy trash it goes in trash can...Once in while someone hauls crap into the thrift store which should have been toss in trash can.
I believe I could even go though the shed/barn at latter date. But I need to finish the first round out.
If I every get the chance to go though it again. I believe I'll have a box sale sort of like yard sale. List it on facebook under yard sale for my local area
It would read some like ...”.Clean out the barn/shed got some boxes of variety of items. Nothing price come on over and take a look...donate what you think is fair.”
Any how if they need or want the stuff there welcome to it. 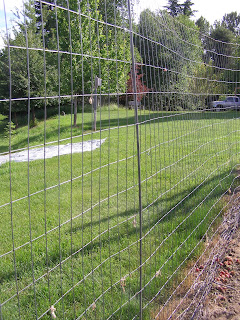 We ended up doing some temporary repair to the garden fence. The mid post on the south-side rotted out. To be factual post isn't even good for fire-wood. It was so darn light to pack..One only need to stick under one arm and skip away...No grunting no moaning.
We cut some post but there still on our property on North-bench. But for now we use some metal tree steaks. Until we get out and grab some post.
But for now we will use metal steaks. 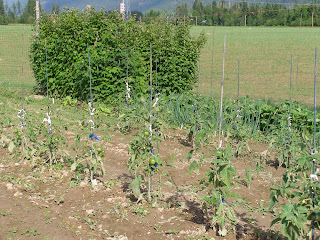 The garden is doing ok but the weeds seem to keep pace with the veggies. We been eating a few mess of spinach.
Froze little more then 12 quarts of strawberries. We're having a bumper crop of strawberries.
We're going to offer Qunella the next picking of berries but I would like about 8 cups to make some pie filling.
Been having quite a few messes of spinach now.
Something been eating the green beans, but Murphy figure the birds been helping them self. So we put a short roll about six feet long.

Can't say much for the flowers now. But it seem like a lot of buds and blooms are starting. Little later on we should have anther of color.

Coffee is on
Posted by peppylady (Dora) at 3:23 PM