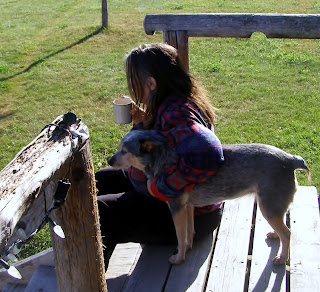 I actual like the sound of quietness. When Murphy is gone I just like it quite. In the morning I like to just set on the step and have a cup of coffee. But at times I'll just set there and read.
I don't know why Murphy has to have sound round him. He either has the radio or the television going.
His mother Delores real hasn't much into television and she didn't want her kids watching Television growing up. But after Murphy left home he didn't think television was bad so I guess he making up for lost time. 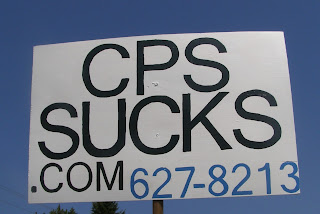 Not very often one will see protest sign here in Boundary County. Actual I was going over by the hospital usual by hospitals they have a sign saying “Quite hospital zone” but I don't every remember seeing one.
I have to give this lady credit for standing out there with her sign. I'm assume in her heart she has worthy cause. For those who don't know what C.P.S stand for “Child Protection Service”
In all due respect I find lot of people including all sort of agency and which includes religion, only uses one side of issue to make a form decision.
Editor Note...I tried to find the web site to her sign but couldn't...so if one google such a search for...your state and CPS sucks...or your state and CPS out of bounds.

Next weekend photohunt theme will be sports and or stuck 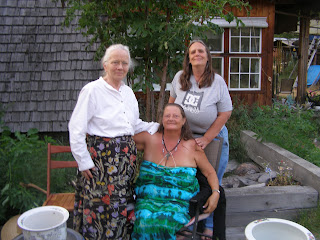 Sunday the 26th the day before Quenella birthday Murphy, Murphette and I went up to her place to have some ice coffee and nibble to eat, grapes and chocolates.
Plus Murphette is heading to Bakersfield the day after Labor day. This would be the last time Quenella will have a chance to see her.
She told Murphette the same thing I did “Trust your gut feeling and if things don't sat right come on back to Bonners Ferry”
Plus I added “If things get out of wrack later on go to the Salvation Army and they will give you a bus ticket to some place safe”
Now Quenella turn 65 and she can get medicare

In the picture Qunella has the white top on, Murphette has the greenish dress on and I have the grey top.