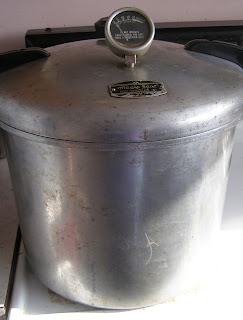 To do any canning one needs to be up super early. Murphy and I picked green beans and had 9 pints can around 8 in the morning on the 12th , before the heat comes in. 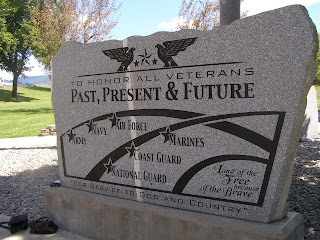 This is our local monument to our veteran who serviced in different wars. It also represent each of our branch of the arm service.

Next weekend photo-hunt will be chocolate and or shopping

Confession time...As I posted the picture of our local airport I never notice the flowers planted. Someone took time to make the place more welcoming. I bet I wouldn't notice it unless I was taking part in photo-hunt

I thought I had it all locked up and sealed that I would be Ellie care giver. Well a short time the medicaid nurse came out and interview and she would had got 13 hours a week of care. Which actual is fair amount of time compare to most.
Here is the kicker. She would have to pay a co-pay of to the best of there figures is $200 a month. I know her income is just over $1,200 a month.

In the past let say medicaid figure would need 10 hours a week of help in your home. But would only give you 5 free hours and if you want the full ten hours you would have to pay a co payment.
I never heard of anyone taking the most hours and paying the co payment. They just take the fewer hours they could get.
Now those who they want to pay a co-payment won't or can't, so they receive no service.
But they're people who was low enough income doesn't have to pay co-payment. But I'm not sure what it is.
The last two people I had their income was in the $700 range.

I start to get back into my walking again. Confession time...Actual restarting walking again wasn't all that bad. I guess I didn't loose much.
I do most of the walking in the morning but there times I do it in the evening.
A few time I do both. 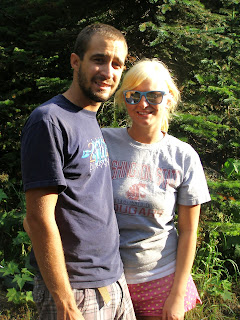 Monday morning Sawyer called and said “Betty and I was going camping up the end of pack river” Invited us up.
So we made arrangement we met them at Samuel Store and followed them up.

Well of course Boo had to come. Since we have no Grand children I need to start spoiling my sons pets.
So basic we stayed in the shade by the river and admire the rocks and water that tumbled over the rocks. 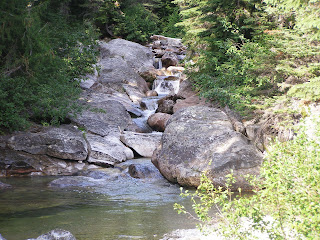 Both Murphy and I had to do things next day (Tuesday) But they planned to going for a hike into Harrison lake.
Sawyer brother Bart was headed up in the morning he had to work all day (Monday)
But as we were leaving Sawyer Battery went Dead on his jeep and either one of us had jumper cables.
Actual there quite bit of people up in that area the odd of someone showing up and giving them a jump was pretty high.
Plus there was an gentlemen with pick-up and camper parked across they way.
But I got hold of Bart and told him to throw in a some jumper cables.