Fall Party In Land of Bogus 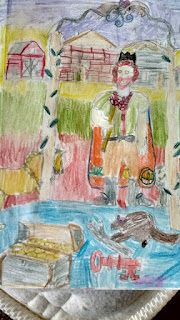 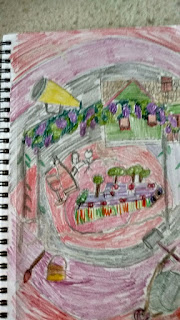 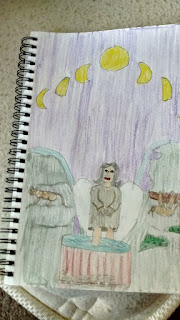 In the kingdom of Bogus, there was the king of Wands who treat his subject with great admiration and made sure everyone treat with kindness. He was so fair that he could leave his gold out in open knowing that no one who lived in town of Bogus would every take it.
He had a lion on guard at all times, knowing someone from a far way land could break down the gate of Bogus and possible do warm to them.
But in land Bogus every one worked very hard for there kingdom. Know one there was a surf and the king made sure everyone had a little garden spot and even few people had some chicken and even livestock.
Who was glad to share there abundance with others.
Right around the time everything was harvest the king place a table right on main street and the entire people of Bogus came to celebrate and give thank for a grand harvest, with parade and dancing.
There was many people who showed off there talent. Gifts was brought from all people and this little boy who had tremors drew the king a picture of his home with his family standing out side. As the king saw the picture been erased several time. The king said to his people "It doesn't matter how many time ones go back to the drawing board as long as one gets up and tries over a million time they will get there"

The book I'm reading on writing your own diet. Talks about having a body buddy. I think this is wonderful and helps one to my accountable for there choices.
I'm letter writer. Snail mail thing.
So as I'm a member of T.O.P.S I posted an ideal on there facebook page about doing an pen pal though tops.
Also got hold of the main office. Not sure where it will go. But T.O.P.S is a support group. That one reason I post about my weight lost adventure on my blog. It keeps me honest.
Plus the scales don't keep me honest but they keep me accountable.
One thing I'm sure I don't want in a body buddy is one who in competition. I would like one who is about the same age that we can share our weight lost together.
Sex, weight, although I wouldn't want someone who got less then 40 pounds to go, or over 100 pounds to go. and age. I find all ages a blessing. 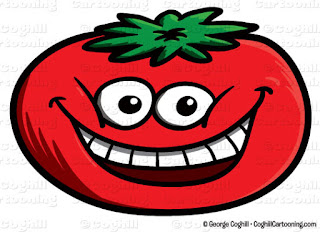 I thought I would of been hauling more items for Liz. But both of us are pretty tired and she ask if I could do it Saturday.
She was grieving her old place. But right now there no time to grief her old place. But I told her once we got her in her into her new place.
Believe me there plenty of time un-pack the moving boxes. But way the non perishable food. Take a week off and grief for your old place.
Then slow start to put your new home into order.

I'm starting to line up the fabric for my quilting class starting this Monday. I just wash up some floral prints. It looks like I won't have to purchase all that much fabric for this up coming class.
Couple of piece fabric looks like there some place between half and yard, I got them for forty nine cents. Then I went though my stash.
I been cutting strips for Sawyer and Betty locker hook rug.

Murphy did most of the work on the deck. He almost got the railing on, and once that on we're calling it good for winter. I believe her wants to tighten up the side deck, and that needs replace also.
The other day he ran into one of the local who sells firewood. He only does a few people since he retire and it hard work. We use to go out and get our own firewood.
But no more, any how my husband can have a real nasty attitude that could ruin a patient of Saint. Even our son has no desire go and help with firewood.
I'll just leave it at that.
So we're buying a pick up load of rounds for $150 and I'm guessing it should be 1/2 to 3/4 of cord. I could pull up a calculator and figure what size of load that would be. Right now top line firewood sells for $225 and $250 a cord.

I did get my other lap top going. I just didn't under stand how it worked. So as some of you know I went on ramp page about Yahoo. So I'm think of closing this blog down. Don't frat I'm not giving up blogging. I'll be starting a new one. This blog is called "Having Coffee With Peppylady" and I'm trying to come up with a new name for my blog...Question time ...Any new name for a blog?