Love and Care About Ms Q 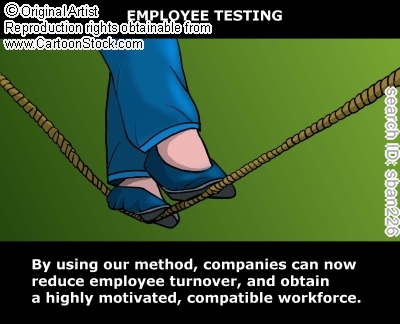 Murphy and I went up and finish hook up Quenella solar panels. Her son Murphen who lives on the Washington coast came to visit with his mother.
It was her son and my husband did most of the work.
It seem to go ok...I can see Quenella never been out in the work force...Her son is right around 40 years old and after he haul up 2 batteries about 60 pounds each and his mother ask if he want a break.
A few years back her son came over shortly after his dad died and see if his mother was sat up ok for winter.
He was doing a few things around the place and told him not to work very hard.
I didn't see where he was actual working very hard...Not complaining
I don't think any employer would give you a break ...or the ones I every had...most of expect you to hit the floor running and keep running.

Murphy always like when I assisted him in the projects. But Qunella husband had different attitude towards her...it was just get out of my way....She is overly joy the fact she get to help...mostly being a gopher and assisting smaller projects. She doesn't have much body strength...But I have to say she has a child like grin on her face...”Oh goodie I get to help”.

At the beginning of each month I check her stats for her business. I'm doing the month of October now.
Well it look like she had 555 visitor to her site.
But the least page visit was her guest package . 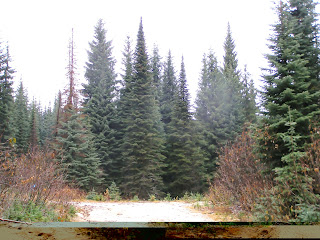 Murphy and I went up on Gem Creek area off of Myrtle Creek to get a load of firewood. The odds are pretty good this will be our last load out before spring of 2013.

Actual we got quite a bit of Larch. With a little bit of yellow pine which has it own special smell. But we found what we thought was larch but it end up being a spruce.
We both like spruce mostly for kindling but this stuff is a little knotty. My first thought was to make it the next size up from kindling...not sure what it's called...but I call it Quenella size of fire wood...Murphy says she burns 2 by 4's.

It wasn't all that hard getting wood. Except for the mountain drizzle. “I'm not much on rain” Oh we both start to cuss a bit right before we got on to Myrtle road. Well Murphy went up to fall anther tree and found out we left some stuff back up the road. Let see the important stuff was the come a long, hammer. Don't ask me why the hammer.
Then the other two things was a wedge and rope.
Well on the way back down we spot a few trees that could be harvest into firewood.

Well the tree he start lower down on road never got down but a good wind storm could finish it off. That mean we can possible get it next spring or so.