Not Sure About the Bridge.

This year or just for the month of October I took part in two blog projects. One was Nablowrimo short for “national blog writer month” which one is to blog everyday for the entire month...One year I blogged everyday.
Then also an on line blog party called Samhain siren or anther word Halloween. Confession time...I'm not sure what siren means when it comes to Halloween stuff.
They offer a day of stuff like crafts, folklore, recipes and more.

Will I do it next year....I guess I'll cross that bridge when I come to it. But a few changes would be nice. Like have Nablowrimo in anther month other then October.
It seem like they weren't any Christians that participate in Nablowrimo but those who follow what I call “Earth Base Faith” did.
As most people all ready know that some Christians, Judaism, and Muslims won't take part in other faith then there own...they believe it from the devil....No more to be said....and that there choice.

Now for Samhain siren will I take part next year. First of all I don't know they'll have one in 2013. I to will have to wait until I'm ready to cross that bridge. It didn't take me all that long to write my daily post about Sanhain. But those who been doing this blog sure don't look like an easy feat. 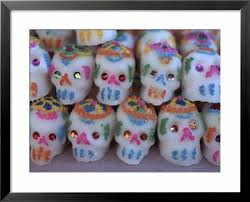 Mix the egg white, corn syrup, and vanilla in a clean bowl without a trace of grease.

Add the powdered sugar with a wooden spoon. When almost completely mixed, start kneading with the tip of your fingers until you can form a small ball.

Dust with cornstarch on board.

Keep on kneading until smooth

Put dough into a plastic bag and chill. It can be left there for several months. Mold into skulls.

Paint the figures when they are dry. You can use colored icing.

Both of my son made sugar skull. I've never tried it ...Today I made 2 pear pie and for some reason the crust was difficult to work with and I used this recipe a lot of times. 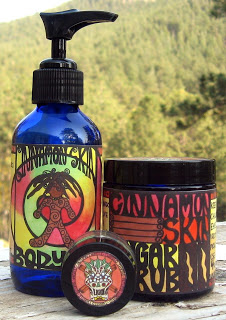 Today was my last day at Joel and Candy. I don't know if anyone is going out there. That's not my problem is it. They had a entire month to get it straighten out. Idaho Partner in Care the home care agency they were going though could find anther person to go out.
I've got my doubt they even looked for someone else.
Or Candy could go though the yellow pages and look under homecare give them a call to send someone out.
Anther thing is to call medicaid and get list of homecare agencies in the area.
But the way it looked nothing been done and everyone had plenty of time to get things settled.

I don't believe Alice is going out there after the end of the month. She has some craft shows coming up plus right after Thanksgiving she heading to Detroit to see family. Her daughter Katie will be traveling along.

If they lived closer by I would stick out until Murphy got his social security check which is end of January.
For some reason there paying him the 4th Wednesday of the month.
Actual I rather deal with him then her.
Opinion time...medicaid has the home-care program sat up it just hinders a lot of them.