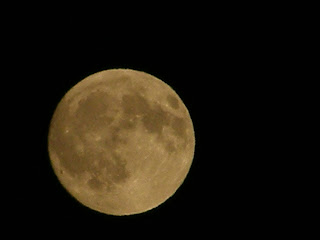 Last night I did a ritual which consist of a prayer, communion and look into my enter self.
I did my own thing.

Well there two things I do which is really not all that nice and one of them is I tend to blame Murphy for my ceramic shop not coming as I think it should.
But I need to take some of the responsible for it to happen.
I didn't yell or even verbal accuse him of it put in my mind and heart I would blame him.
To me that just as the same thing of verbal accusing him.
Confession time… I could do more toward getting a shop going Slow and study get things accomplished.
But for some reason I want to just paint the pieces and put them on market.
But like any business they’re other stuff to do and if I took a least 4 hours a week and did things toward my shop it would help.

Thinking time…There should be 6 season during the year which would last 2 months instead of the 3 months as it does now
It seem like in August which is still summer. I get lazy and let things in yard and garden dry up and go to the weeds.
Like I need or think I need a change in summer.
I even get lazy when it comes to the inside of my home.
I don’t know if Mr Sun wipes me out

My prayer and communion part went hand in hand.
I ask all the evil to take a hike and those who need evil to leave from them to also take a hike.
Paid respect to father sky and ask him to look over his children.
Paid respect to Mother sky and ask her to keep us in balance.
Look into my heart and show general love toward the lord and lady.
Now I had a rye cracker and as I spoke not sure what I said some was what I was thankful for, confession, request, and some other things I need to have fellowship with god/dess good spirits.
Then at the very end I took about once of sake and as I was drinking it ask to be blessed